Can you handle triple the terror? The Nightmare Realm, Ireland’s most terrifying Halloween scare house!

~ 3 haunts for the price of 1, apocalypse and entertainment zone ~

Are you ready for the ultimate horror experience? The Nightmare Realm, Ireland’s most terrifying walk-through Halloween scare experience, is back at Dublin’s RDS and Kennedy Quay Cork until November 5 and both venues are bigger, better and more petrifying than ever before.

DUBLIN HAUNTS WILL INCLUDE: 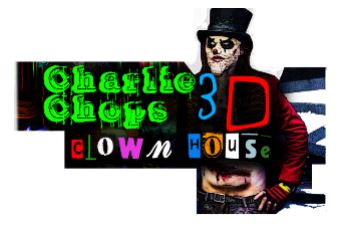 Forget Stephen Kings ‘IT’ and Penneywise the Clown, if you want to know what Coulrophobia (fear of clowns) is all about, enter into Charlie Chop’s 3D clown house! Charlie has hired the most demented clowns from around the world to break the stigma surrounding them. Ok, so these chainsaw-loving performers may be unhinged, and a ‘little’ unpredictable, but Charlie Chop feels they are just misunderstood clown-folk hell-bent on showing you their true and bloody nature. 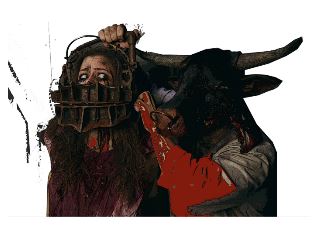 The Nightmare Realm Hostel has relocated to the RDS Ballsbridge this year to bring the horror of Hostel owner, Earl, to the residents of Dublin. This immoral proprietor is plagued by rumours of disappearing guests and strange drilling sounds coming from his establishment at night. Earl is quick to quash these rumours however – he doesn’t want anyone to get suspicious. If you visit the Nightmare Realm Hostel be sure to ask about room 237. It’s definitely the best room in the house-people are just dying to stay there.

Next on the list of haunted house attractions is Gruber Asylum. This fiendish place, and home to the criminally insane, will test the limits of your very sanity.

Danger lurks around every corner so those brave enough to venture into the Nightmare Realm better watch their backs!

Our little birds tell us that this mad house was one of Dublin’s best kept secrets. That is, of course, until its owners decided to open it up to the public to fund their crazy scientific experiments.

Now foolish tourists can walk the eerie halls of Bedlam and get a sense of how the inmates really live. Be careful friends, a bit like Hotel California, once you visit Gruber Asylum, you might never truly leave.

Charlies Army of the Dead

Charlie Chop’s Army of the Dead will take care of any doubts you may have.  Zombie hoards roam the zones outside the Nightmare Realm haunts looking for stragglers to pick off one by one.  Be careful or you might just end up joining an apocalypse cause, and be recruited to join the army of the dead as they fight for a free and independent Nightmare Realm.  Viva la Charlie Chop!

The Nightmare Realm has carved out a notorious reputation as Ireland’s premiere scare attraction by pushing the boundaries of sanity and mastering the artistry of fear.

Warning!  This is not your typical (boo) haunted house – there are no ghosts and goblins. This is an audience participation event in which YOU will live your own Horror Movie. Their interactive sets, vivid special effects and live creatures of the damned prey on your deepest darkest fears and bring your nightmares to life.

Those brave enough to venture into the Realm are advised to keep their wits about them as danger lurks in every shadow. It’s a thrilling experience for all horror enthusiasts and Halloween fans, and you will even spot references, characters and moments from iconic classic horror films along the way.

Commenting Director of The Nightmare Realm said, “We will test you to your very core.  We push people outside their comfort zone, challenge their expectations, and scare the hell out of them! If you pee in your pants, we don’t care.”

The Nightmare Realm has been running in Cork for 9 years and this is the second year in Dublin – the sickening and twisted interactive experience has already terrified more than 250,000 souls.

Scream, laugh or pee your pants, this will be a complete adrenaline rush and not for the faint hearted!  This really is the stuff of nightmares.

Scared? You should be. But think of the bragging rights you’ll earn when you’ve faced down the fear and survived!

The Nightmare Realm takes place at the RDS Dublin from 29 September to 5 November and at a new venue on Kennedy Quay (across from Goldbergs Bar) from 6 October to 5 November.  For more information, tickets and the best rates see www.thenightmarerealm.ie or social media #NightmareRealm.  Strictly over 13s.

* Best rates available online. Please note there is a booking fee of €1 per person up to a maximum of €5 per booking.

This site uses Akismet to reduce spam. Learn how your comment data is processed.